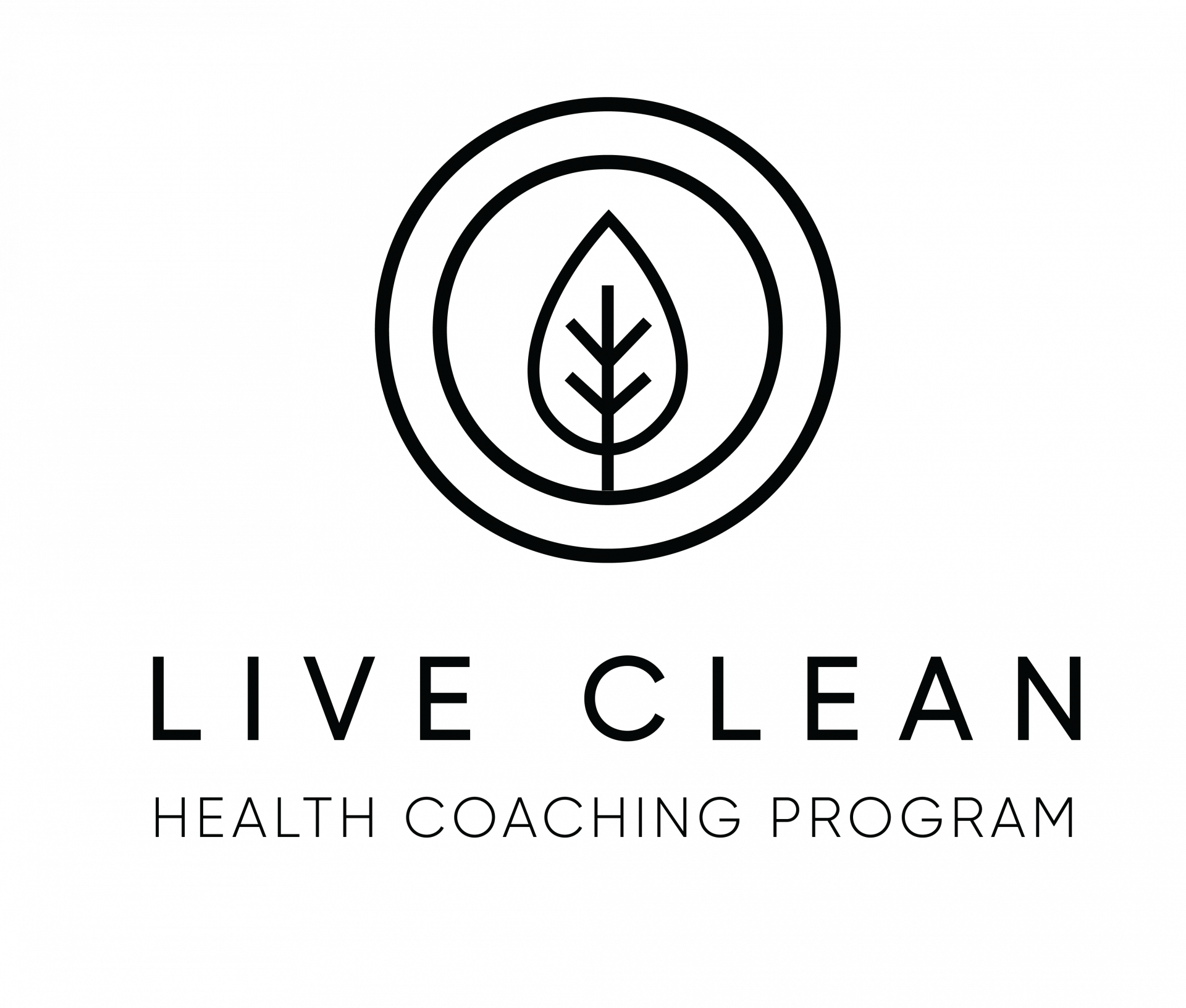 Do you feel like you're running on empty?
Fatigued, low in energy and lack motivation?
But you want to live well. Live a full, happy, healthy and meaningful life?
Maybe even climb mountains with your grandchildren!

If two of your highest values are vibrant health and longevity then this collection, combining the power of type II collagen, chondroitin sulfate, hyaluronic acid, 10 potent phytonutrient-rich superfoods, powerful probiotics, colloidal minerals and a potent vitality-replenishing traditional chinese herbal blend is perfect for you!

Check out the VIBRANTLY HEALTHY COLLECTION!

A long, healthy, vibrant life is no accident! It begins with your genes and microbiome but longevity also depends on your diet, lifestyle, social connections, having a life's purpose and daily disciplines!

“Scientific studies suggest that only about 25% of how long we live is dictated by genes. The other 75% is determined by our lifestyles and the everyday choices we make.”
Dan Buettner, The Blue Zones: 9 Lessons for Living Longer From the People Who've Lived the Longest
So what does vibrant mean? Full of energy and life! Most people like the idea of living a long life while staying healthy enough to enjoy it. We have a lot to learn from the Blue Zones. In 2004, Dan Buettner, Explorer and New York Times-bestselling author, teamed up with National Geographic and the world’s best longevity researchers to identify pockets around the world where people live measurably longer lives. They found five areas where they seem to have cracked the code to a longer and healthier life with the majority of their population living well into their 100's. They are known as the Blue Zones - "areas of the world where the population is healthier, has fewer disabilities and enjoys longer lifespans than the average population." They include; Barbagia region of Sardinia, Ikaria; Greece, Nicoya Peninsula; Costa Rica, Seventh Day Adventists; Loma Linda, California and Okinawa, Japan. The researchers found nine common lifestyle characteristics, within the Blue Zones, that contribute to their longevity:
1. Move Naturally
The world’s longest-lived people don’t pump iron, run marathons or join gyms. Instead, they live in environments that constantly nudges them into moving without thinking about it. They grow gardens and don’t have mechanical conveniences for house and yard work.
2. Purpose
The Okinawans call it “Ikigai” and the Nicoyans call it “plan de vida;” - for both it translates to “why I wake up in the morning.” Knowing your sense of purpose is worth up to seven years of extra life expectancy.
3. Down Shift
Even people in the Blue Zones experience stress. Stress leads to chronic inflammation, associated with every major age-related disease. What the world’s longest-lived people have that we don’t are routines to shed that stress. Okinawans take a few moments each day to remember their ancestors, Adventists pray, Ikarians take a nap and Sardinians do happy hour.
4. 80% Rule
“Hara hachi bu” – the Okinawan, 2500-year old Confucian mantra said before meals reminds them to stop eating when their stomachs are 80 percent full. The 20% gap between not being hungry and feeling full could be the difference between losing weight or gaining it. People in the Blue Zones eat their smallest meal in the late afternoon or early evening and then they don’t eat any more the rest of the day.
5. Plant Slant
Plants are the cornerstone of most centenarian diets.
6. Wine @ 5
People in all Blue Zones (except Adventists) drink alcohol with friends and/or with food. And no, you can’t save up all week and have 14 drinks on Saturday.
7. Belong
All but five of the 263 centenarians we interviewed belonged to some faith-based community. Denomination doesn’t seem to matter. Research shows that attending faith-based services four times per month will add 4-14 years of life expectancy.
8. Loved Ones First
Successful centenarians in the blue zones put their families first. This means keeping ageing parents and grandparents nearby or in the home. It lowers disease and mortality rates of children in the home too. They commit to a life partner (which can add up to 3 years of life expectancy) and invest in their children with time and love. They’ll be more likely to care for you when the time comes.
9. Right Tribe
The world’s longest lived people chose–or were born into–social circles that supported healthy behaviors. Okinawans created ”moais”–groups of five friends that committed to each other for life. Research from the Framingham Studies shows that smoking, obesity, happiness, and even loneliness are contagious. So the social networks of long-lived people have favourably shaped their health behaviours.
Reality check! Few of us live in the Blue Zones! Our lifestyles are very different, often sedentary, surviving on fast food and full of stress plus we live in a world that's becoming increasingly disconnected. BUT there is so much we CAN do to help us live happier and healthier lives! And so many lessons we can take from areas of longevity.

Modules 9 and 10 in the Vibrantly Healthy program are dedicated to; Integrating Ancient Wisdom with Modern Medicine, Secrets of a Long Life and Louise's blogs and interviews, having visited three of the blue zones Sardinia, Okinawa and Ikaria. We have also carefully crafted this Vibrantly Healthy Collection to enhance your well-being and support active ageing.
If one of your highest values is vibrant health and longevity then this Vibrantly Healthy Collection combining the power of type II collagen, chondroitin sulfate, hyaluronic acid, 10 potent, phytonutrient-rich superfoods with powerful probiotics, colloidal minerals and a potent vitality-replenishing traditional Chinese herbal blend is perfect for you!

1 x Natural Mineral Drink
1 x Probiotic
1 x Liquid Biocell LIFE
1 x Well-being
$243.40 on SmartShip
OPTIONAL:
Green Qi
Antioxidant
Co Q10
Noni
START NOW
Natural Mineral Drink
Alpine Moor Colloidal Minerals
A missing link in many health programs. Did you know your body doesn't make the minerals it needs for ultimate health and vitality and unfortunately our modern day diet is often mineral-deficient. Natural Mineral Drink is a rich and easily absorbed source of naturally occurring minerals and trace elements essential for our body’s chemical and electrical processes. A simple and effective way to include plant-based phytonutrients (powerhouse cell protection) in your daily diet.
Probiotic
Powerful Synbiotic for a Balanced Microbiome
A combination of prebiotics and probiotics called “sybiotics” because of the synergy that occurs as the prebiotics feed the probiotics and cause them to multiply to higher levels in the Gastro Intestinal Tract. With 30 billion beneficial bacteria packed in every dose, Probiotic helps maintain an optimum balance of ‘good’ bacteria within the intestines. while minimising the growth of bad bacteria, to support healthy digestive function.
Liquid Biocell LIFE
Exclusive Multi-patented Collagen/HA Matrix™
Joints naturally decline with activity and age. Award winning Liquid BioCell® LIFE contains hydrolysed collagen type II, chondroitin sulfate and hyaluronic acid, which are also found naturally within human articular cartilage and connective tissue. LIFE nourishes and supports active and ageing joints and has the added benefit of 10 potent, phytonutrient-rich superfoods to enhance wellbeing.
Well-being
Vitality-replenishing Traditional Chinese Herbs
Chinese herbal ingredients that work together to promote stamina, enhance endurance and boost the immune system to improve your overall health. The strengthening and tonic effects of astragalus have been combined with the invigorating benefits of ashwagandha and the support of siberian ginseng, polygonatom and the goji berry used in traditional healing practices for thousands of years.

What Our Customers Say

Hi I am 43 and have had a long history of knee trouble. My right knee was reconstructed in 2004 and 70% of the meniscus was removed due to a bucket-handle tear.  After surgery I was advised to give up running as it was too much for the joint. I started taking Liquid Biocell alongside my other supplements. I happily walked for over an hour on soft sand last week and am now back playing competitive tennis. I can’t remember the last time it ached!

Amie
I’d love to share my experience with Liquid Biocell and your gut healing protocol. I have tackled with chronic gut issues and autoimmune issues since I was in my 20’s. Two years ago I was diagnosed with Fibromyalgia, in addition to chronic back and pelvic pain. I started taking Liquid Biocell, Probiotic and Anti inflammatory. Within 2 weeks, the pain had subsided significantly. Within a 3 week period the pain had reduced by a whopping 80% to now being non-existent!
Louise
I am a nurse and have 3 bulging disc in my neck, lower back pain and painful burning in my thumbs. I also have had trouble with painful lumps in my feet in which the Podiatrist said "nothing you can do about it." I have been so debilitated at times over the years that I have felt miserable, depressed. and lack motivation to do anything! After 8 days of using Liquid Biocell I noticed a huge improvement in my joint pain. I am now walking around 6km most days and have lost 8 kg.
Ella
I want to share our mum's challenge with diverticular disease and fibromyalgia. Mum is living proof that  being informed, having quality supplements and self care, the elderly can take control of their own health. Taking Modere supplements alongside a carefully managed eating plan, based on her beloved Mediterranean diet, Mum has been able to avoid diverticular attacks and symptoms associated with fibromyalgia. What a gift we can give our elderly! .

THIS IS THE COLLECTION FOR ME!

Disclaimer: As certified health coaches and  independent Modere Social Marketers the content, views and nutritional advice provided in this program are of a general nature only. They are not intended to be a substitute for health practitioner or medical advice, diagnosis or treatment. The role of a health coach is not to prescribe, diagnose, treat or cure, any disease, condition or ailment of the human body. Rather, a health coach is a mentor and guide who has been trained in holistic health coaching to help clients reach their own health goals by devising and implementing positive, sustainable lifestyle changes. Individual results may vary.

Select a course first to display its contents.

No available contents for

There are no free, paid or coming soon courses in your school yet.
Why don't you create one?

Oops, your school's owner is working hard preparing the courses for you.

Oops, you haven't created any courses yet.

Wouldn't it be a good idea to create a course?

No blog posts found in your blog. Why don't you create one?